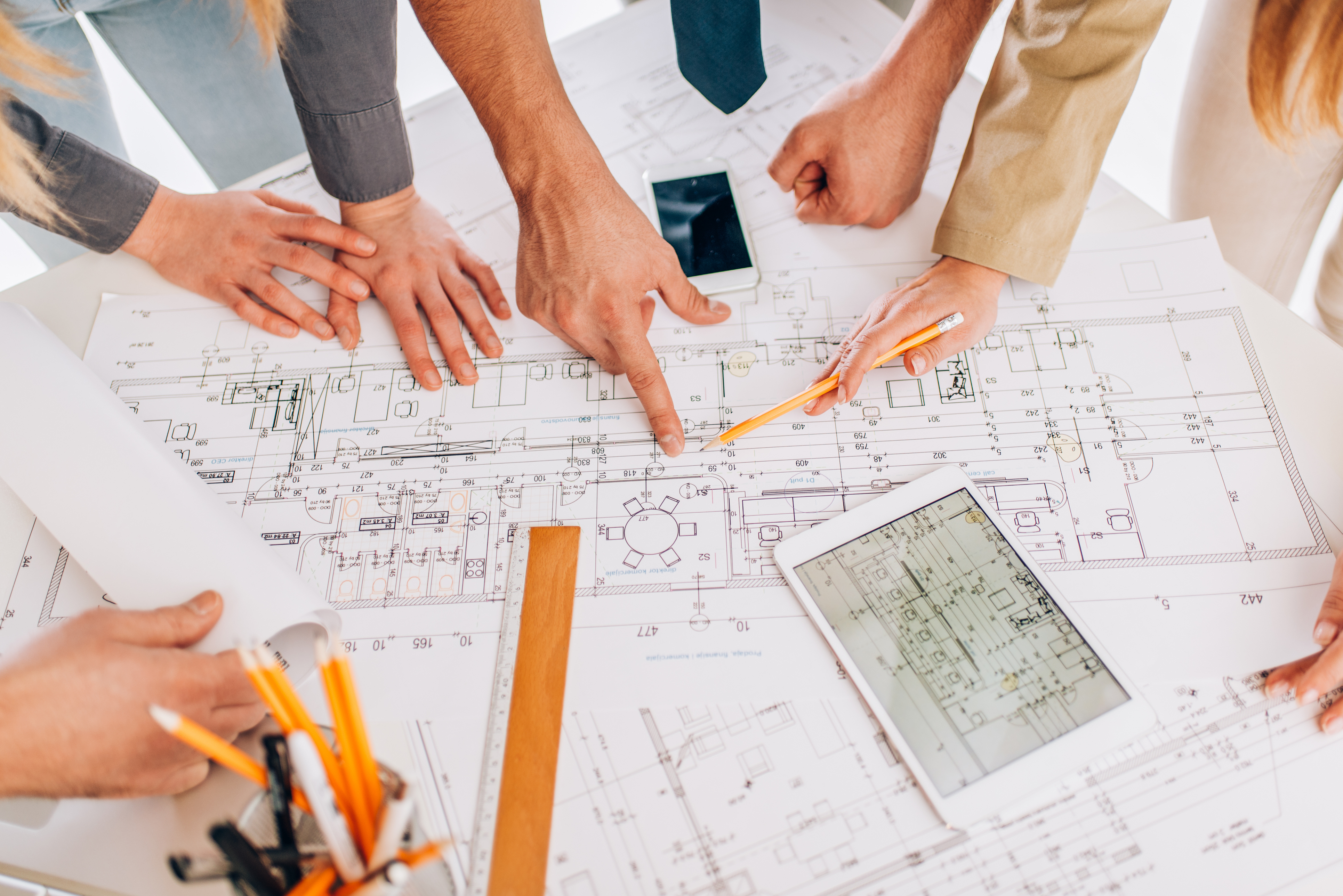 National and local regulations require that all process operations have a formal Hazards Analysis performed on the original installation as well as for all modifications to the facility. Most regulations also require that the Process Hazard Analysis (PHA) of record be re-validated at regular intervals, such as the 5-year re validation cycle required in the US. 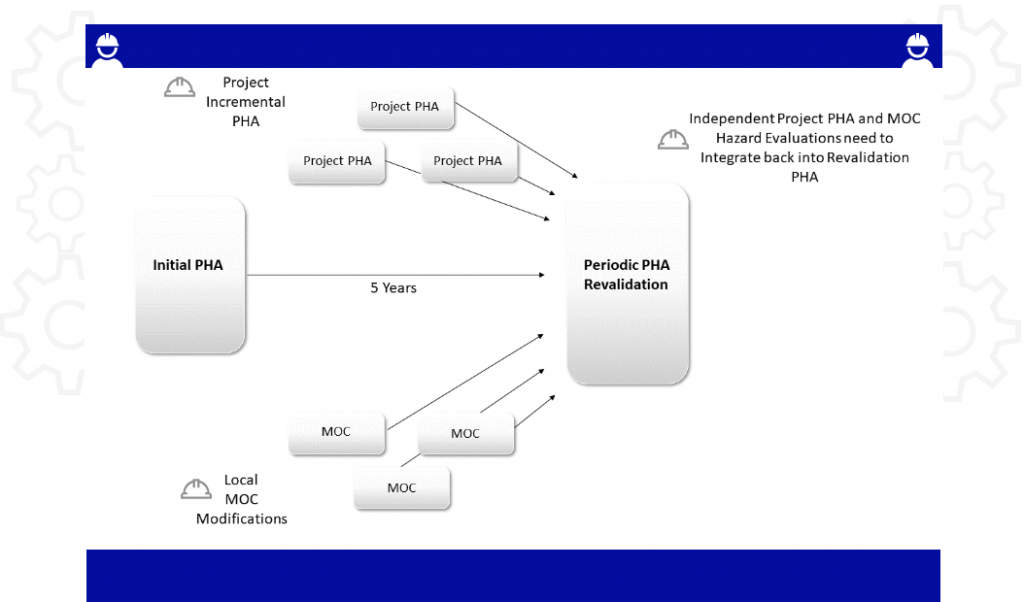 PHA is a complex tool used during the lifecycle of a facility and two of the biggest issues with them are coordination and consistency (see figure 1 below).  A PHA of Record represents a point in time, but in reality plant cycles are not static.  They are actually very dynamic with multiple independent modifications in progress. Some records are implemented even though the plant is in operation while a backlog of modifications are scheduled for the next turnaround.  They start collecting the day the plant is started up after its last turn around. Every time a plant is modified, some form of PHA is performed. The scope of these modifications can range from a small in-house modification to large projects that expand, de-bottleneck, or fix the process. 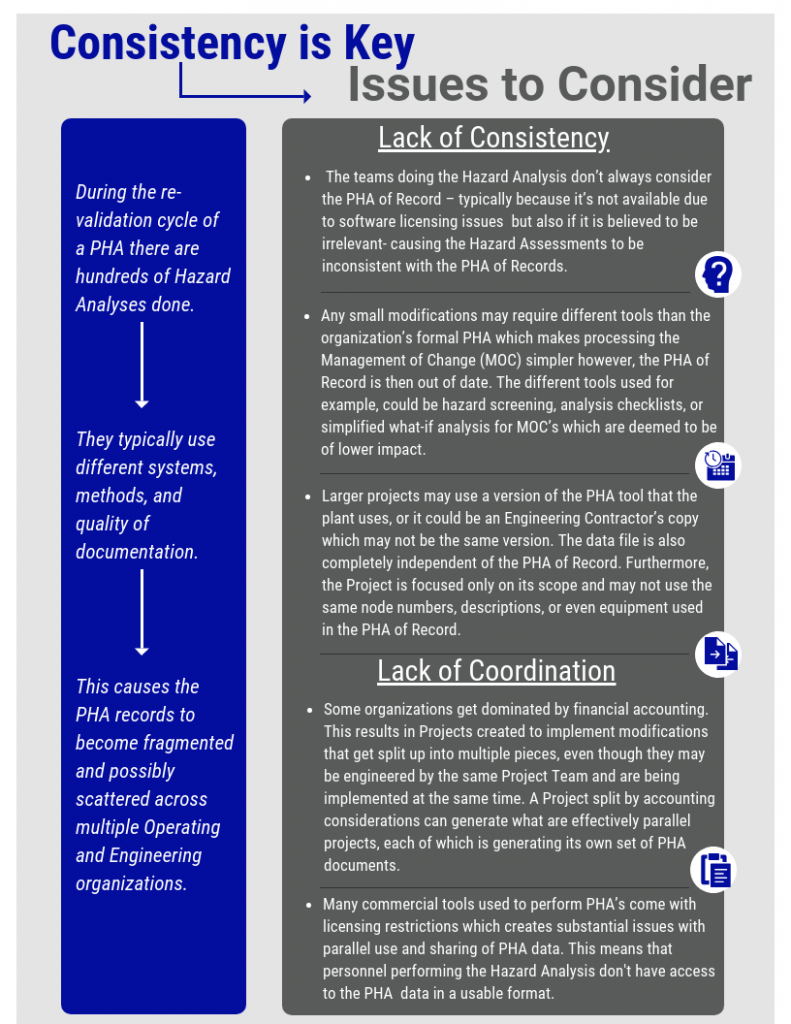 So, in facilities, the Process Safety Management (PSM) Teams are faced with the almost impossible task of monitoring and collecting all of the completed Hazard Assessments and incorporating them into the PHA of Record as the modifications are implemented. If this hasn’t been done as time goes along, the PSM team then has an even bigger job of collecting all the incremental changes and identifying how they relate to the PHA of Record before they start the Re-validation process. All is a lot of work and consumes several full-time equivalents of work just to keep up. Most places don’t have these resources, so they make due as best they can.

Rick Stanley has over 40 years’ experience in Process Control Systems and Process Safety Systems with 32 years spent at ARCO and BP in execution of major projects, corporate standards and plant operation and maintenance. Since retiring from BP in 2011, Rick formed his company, Tehama Control Systems Consulting Services, and has consulted with Mangan Software Solutions (MSS) on the development and use of MSS’s SLM Safety Lifecycle Management software.